How Employers Are Increasing Productivity

Employers are being forced to increase worker productivity or pay them more money as often mandated by minimum wage laws for low skill work, or pay more money based on market rates to attract the highest talent. The trend is that most states are increasing minimum wage rates, annually, and the strong labor market has made finding good employees difficult for low prices. So employers are making investments into technology to enhance productivity.

Fast Food is generally seen as the most likely for disruption of labor with the invasion of robots taking bartender jobs, burger chef jobs, and yes even waiter/waitress jobs. Here are some of the improvements in productivity that large employers have up their sleeves to pay less money to employees, and hire fewer workers to work their stores.

McDonald’s – Quietly has been rolling out ordering kiosks at larger stores. This one is in Chicago’s McCormick center. The kiosk line was just as busy, and often busier than trying to order from a human employee. It was the first time I interacted with one and also noticed some items were cheaper to order on the kiosk than at the counter.

At locations like this airport in Minnesota, there are 5 kiosk checkout stations and 4 human terminals. With you guessed it, only one human cashier working it.

The chain has also been rolling out aggressive promotions to use its app and gives buy one get one free incentive to coax you into using the app, and not interacting with humans. A secondary perk for these app purchases is that they are no longer relying on cash, which can be skimmed by dishonest employees, or has happens occasionally given too much change back on a transaction. 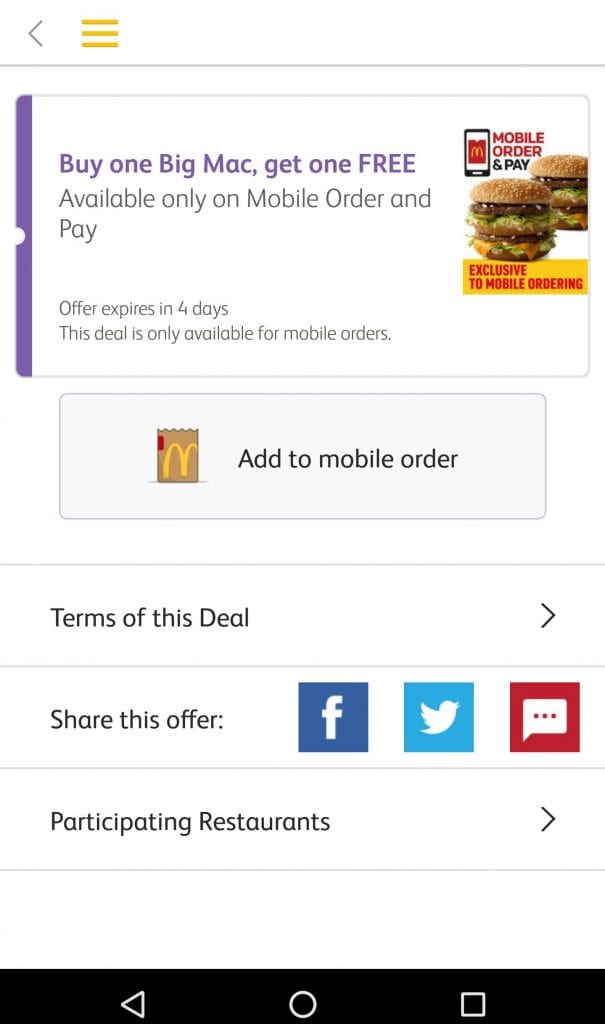 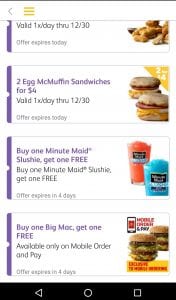 Wendy’s – Pushing their new Wendy’s app so that you can get push messages to your phone to be reminded how much you want a burger, or some chicken nuggets (or nugg’s as the youngsters call them). Using the same price strategy as McDonald’s it’s cheaper to use the App to place an order for food than it is to buy in the drive through, or in person with a human in the way.

Panera Bread – Kiosk’s are now front and center at most locations. When these kiosks were rolled out, the chain was giving away free coffee for customers who ordered via Kiosk, instead of ordering in person.

Chili’s – One of the very first food chains to actually deploy a piece of technology to help reduce staff was the usage of their tablet bill pay device at each table. These are also used as a stick in the event that the survey at the end of the bill is not all flying colors, or from what a server told us not even completed; that waiter/waitress may not be scheduled for any more shifts. So out of the kindness of your heart if you get good service, take the 90 seconds to put in in the survey, it’s literally how your waitstaff affords to put food on their plate.

Domino’s Pizza – has been testing autonomous delivery vehicles built by Ford and its autonomous partnership Argo.AI to drop off pizza in Ann Arbor, MI area which is where Domino’s headquarter is located.

This is after years of being very innovative in how customers can order a pizza. Whether through Xbox Live, Amazon’s Alexa voice assistant, or Apps Domino’s has a way to not interact with a human to get a pizza.

Little Caesars – Pizza locker storage units. Yes, the home of the $5 ready to go pizza has one up’ed itself and now you can order from your phone, pay from your phone, and have exactly zero involvement with humans as you get your pizza.

So if you find yourself an employee at a food chain that happens to specialize in handling money, and taking orders, guess what? Your days are literally numbered.

The rise of $15 per hour, is the fall of  low skill employment

Even bar’s which usually make good revenues for serving alcohol are adopting new ways of combating $15 per hour labor as mandated by large cities. Basically, in large cities the trend is that most labor is now located in the kitchen, or literally at the bar making, pouring drinks. After you order and pay at the counter you collect your order and seat yourself. There is often not a waiter or waitress assigned. Typically only employees come by occasionally to collect empties and clean up tables.

Retail is getting in on the action and using advanced technologies to shave off more jobs.

Amazon – Using a variety of technologies to combat paying workers more. One such of these is storage lockers, and in the most insane aspect one like the one below can be found in traditional retail settings, this one was spotted at a now-defunct Bon-Ton Store and all of a year later the entire chain was liquidated. It wasn’t a smart move letting the barbarian in your gate. 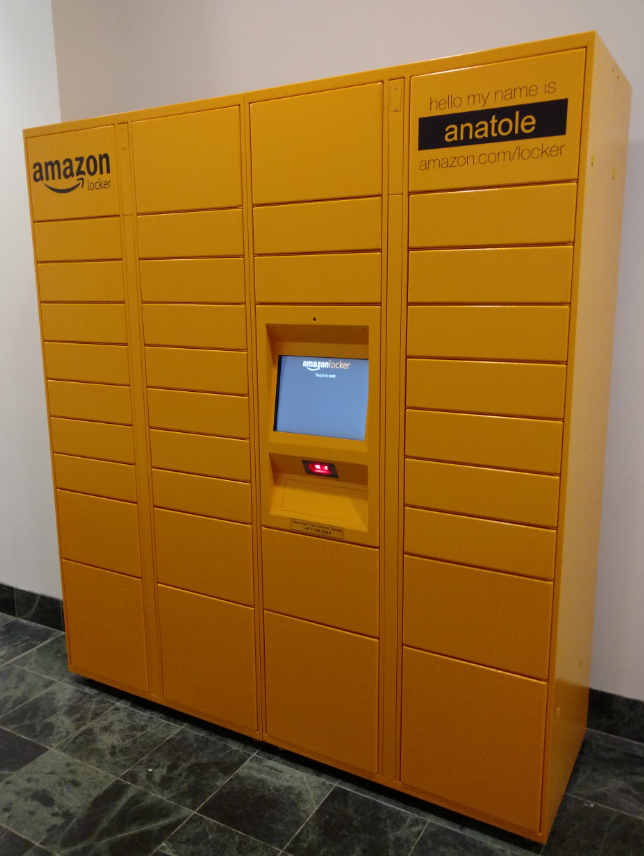 Amazon is even starting to launch their own physical stores without any cashiers to deal with. All payments are logged via app, and an advanced store inventory tracking system that tracks your movements in the store.

Another business case that is being used to decent success by Amazon is helping entrepreneurs create delivery businesses so that they can be part of the last mile of delivery. These new Amazon businesses are paying less money than a traditional FedEx, UPS, or US Postal Service employee, and many are lucky to have benefits besides a paycheck.

The holy grail of technology for Amazon is going to be when they are allowed to release autonomous drones for delivery of small items to your home.

Walmart – Announced in later 2018 they have hired a robot that scans each aisle and takes inventory, no humans needed. This is also cutting hundreds of jobs at the worlds top employer. Proudly displayed on the Walmart official blog and YouTube channel:

Sam’s Club – After closing a ton of stores in 2018 rather unexpectedly the chain followed up by releasing a ton of check out lanes that arm you with a scanner gun, and then you self check out. Now that exit receipt scanner person is working harder than just making sure you have a proper “count” but is the final check on you not stealing from Walmart shareholders.

Home Depot – stealing a page right from Amazon’s playbook Home Depot has begun to install pick up lockers at its stores. Now you don’t have to interact with humans at all at the store. If that wasn’t enough they are now also replacing old self-checkout lanes with checkout scanner guns like Sam’s Club has. 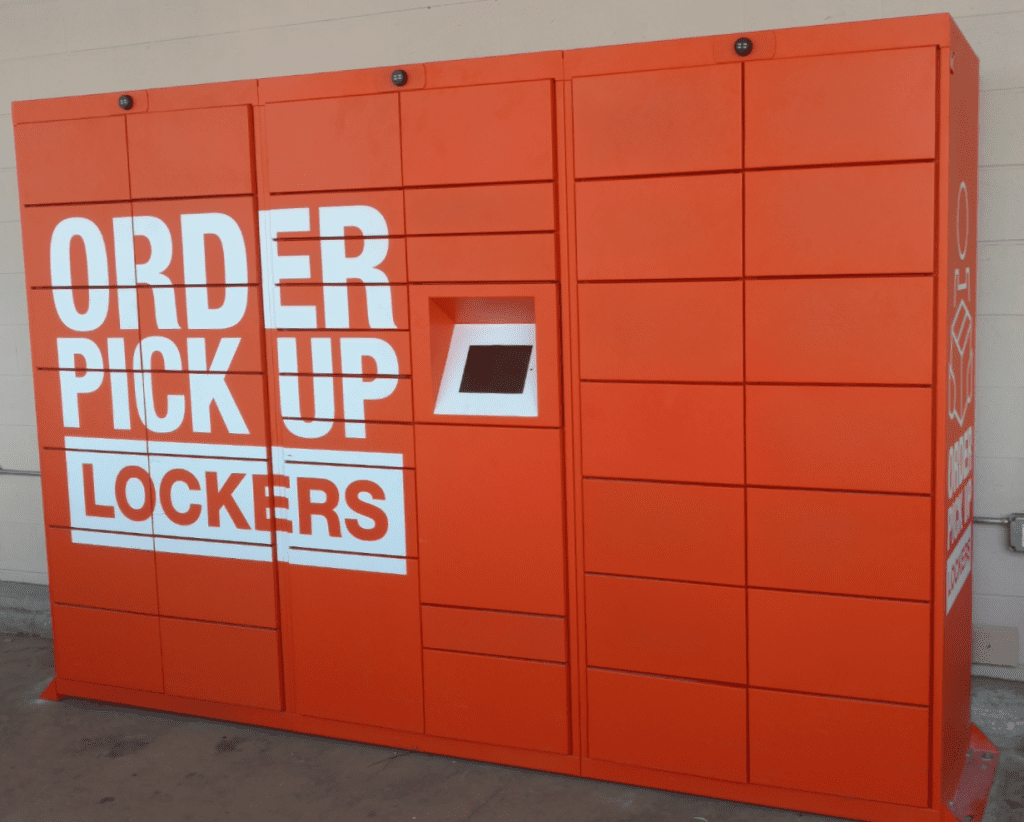 Lowes – Home Depots arch nemesis is exploring the use of robot helpers in their stores called LoweBot.

BestBuy – has been no stranger to automation and started using a robot sales program in New York City you can see a video here.