General Motors Romulus $20 million Investment nothing but Smoke and Mirrors 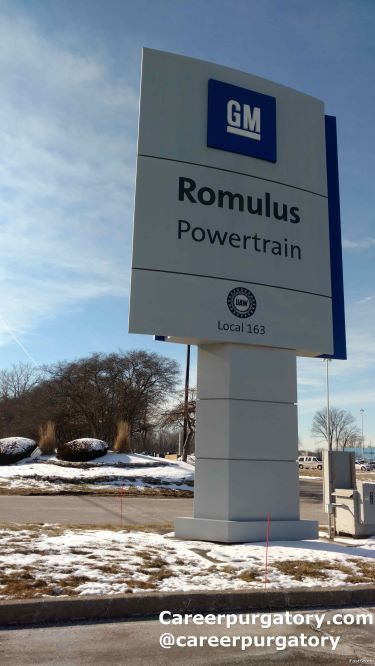 The local Detroit based news media as was some national media was eating up the announcement that General Motors CEO Mary Barra (the axe-woman) made at the company’s Romulus Propulsion (formerly known Powertrain, but too cheap to change the signs in most locations, including Romulus) plant to invest $20 million into the facility. Mary Barra has been on a national baby kissing tour announcing “investments” into manufacturing plants that have very little to do with the creation or retention of jobs in the wake of her massive job cut actions that have left both salaried workers, and union workers alike rattled.

Here is the only quote from that short Romulus Propulsion press release that matters:

“The new investment will be used to purchase additional machining equipment that will enable the transmission capacity expansion. GM is not disclosing specifics or timing related to the plant’s future products at this time.”

She announced an investment of more machinery worth about $20 million for further expansion of production of the 10 speed transmission that is also found on some Ford Motor Company products.

How is this possible if more production is being cranked out you ask? Automation.

For example this plant (like many others) utilizes autonomous tug cars towing up to two bins full of parts at a time in the facility that only a handful of years ago would have found a union worker filling across three shifts, now nets zero jobs. That is only only one such example. There are probably dozens of these tug cars.

In another twist most of the activities that exist for the transmission process are for assembly. So the “raw materials” like gears, housings, and electronics come from other suppliers. So the equipment likely being purchased to expand production is basically more automation production tools, robots, and automation aids like the automated tug cars. So that the same sized staff can continue to make transmissions at an enhanced production output. In essence Mary Barra the CEO boldly showed up to reinforce in the face of a UAW contract negotiation year that we will continue to not hire more of you, you are welcome.

In another interesting shift missed by all in the media is that this plant is full of equipment that is from foreign based machine tool manufacturers with limited domestic labor content. So even the tired excuse of these equipment investments creating the equipment being brought into the plant is not contributing to job growth, or labor hours down stream like one could expect in years past.

Many transplant equipment suppliers have relatively small local operations with limited jobs such as few sales, administrative and engineering jobs per supplier.