While legal for “medical purposes” in 35 states and the District of Columbia nearly all of Canada marijuana use can really mess up your employment prospects.

Taking a drug test for marijuana before a job offer is going to disqualify you for that job in 99% of the North American job market. Is it fair? It doesn’t really matter if it is fair, since it is legal.

The Michigan courts have enforced workplace bans on marijuana on grounds even for medical use, so even in states where its use may be entirely legal for recreational use much like alcohol, and tobacco and nicotine use, it is very much frowned upon in the ranks of corporate America just like smoking or vaping in the warehouse, smoking or vaping at your desk, or coming back from lunch loaded on alcohol. Or generally drinking on the job. As the courts have help up for years the right for employers to have zero tolerance on nicotine use.

So if you are trying to get a new job and like to imbibe then you need to “study hard” in other words put down the pot for a month, and detox your body. 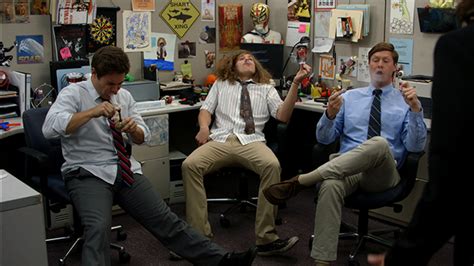 Well, keep in mind that this argument is only decreasing your ability to negotiate with any non-user especially in the opinion that it is not a habit forming drug. A non-habit forming drug should be easily dropped for use for a weeks or months. Needing it daily could be considered addictive.

Careers where marijuana use is not tolerated in the slightest.

Why? the use of Marijuana is on schedule 1 banned list. The use of these classification of drugs is deemed unfit for sound decision making.

Don’t agree with it? Pursue a job in a different industry.

Yea But, But, But it is legal in my state.

Right we already covered this above.

So when will it be okay to come out of the marijuana user closet at work? We’d recommend never, for the same reasons you shouldn’t come to work and proudly discuss your weekend alcohol bender, or being crowned king of the vape cloud contest.

There will always be a person that stands in your of professional progress who frowns on those activities. Touting your use of these recreational drugs will change your perception as a person into that of a less than desirable candidate for advancement.

I don’t care about moving up the corporate ladder.

Do you care about keeping your job in a recession or a corporate headcount reduction, or a corporate synergy event like deciding who gets to stay employed and who doesn’t?

Well yes I want to keep my job.

If the decision is between keeping you a open user of these drugs (herbs, whatever), versus the office Nancy who is perfect in every way on the weekend as far as the office is concerned then guess who is going to be looking for a new job soon?

We don’t disagree; but it is often legal.