With the ease to apply for unemployment in California and other states and the prior added $600, and now $300 “bonus” unemployment payments due to the COVID19 Pandemic disrupting the economy fraudsters were quick to pounce on making bogus claims.

In September the State of California paused all new unemployment claim filing starting September 20. The state claims they need this two week reset to validate the currently 591,000 pending claims which have yet to paid for filing unemployment with California EDD. It is estimated that 10,000 new filers are affected each day of this shutdown, so approximately 100,000 newly unemployed will be on the sidelines for at least two more weeks.

So what is going on?

Since at least September 3, rampant fraud claims were publicized in California Media.

ANOTHER story about potential fraud with California’s unemployment benefits. My photographer’s mom just got this stack of #EDD letters in the mail, none are addressed to her. She never filed any claim w/ EDD and a neighbor saw someone going through their mail! What’s going on?! pic.twitter.com/2prWOLDPMG

Citizens around California started seeing dozens of new unemployment paperwork in their mailbox for unknown people attached to their residences. These often had the debit cards commonly requested to dispense the funds. 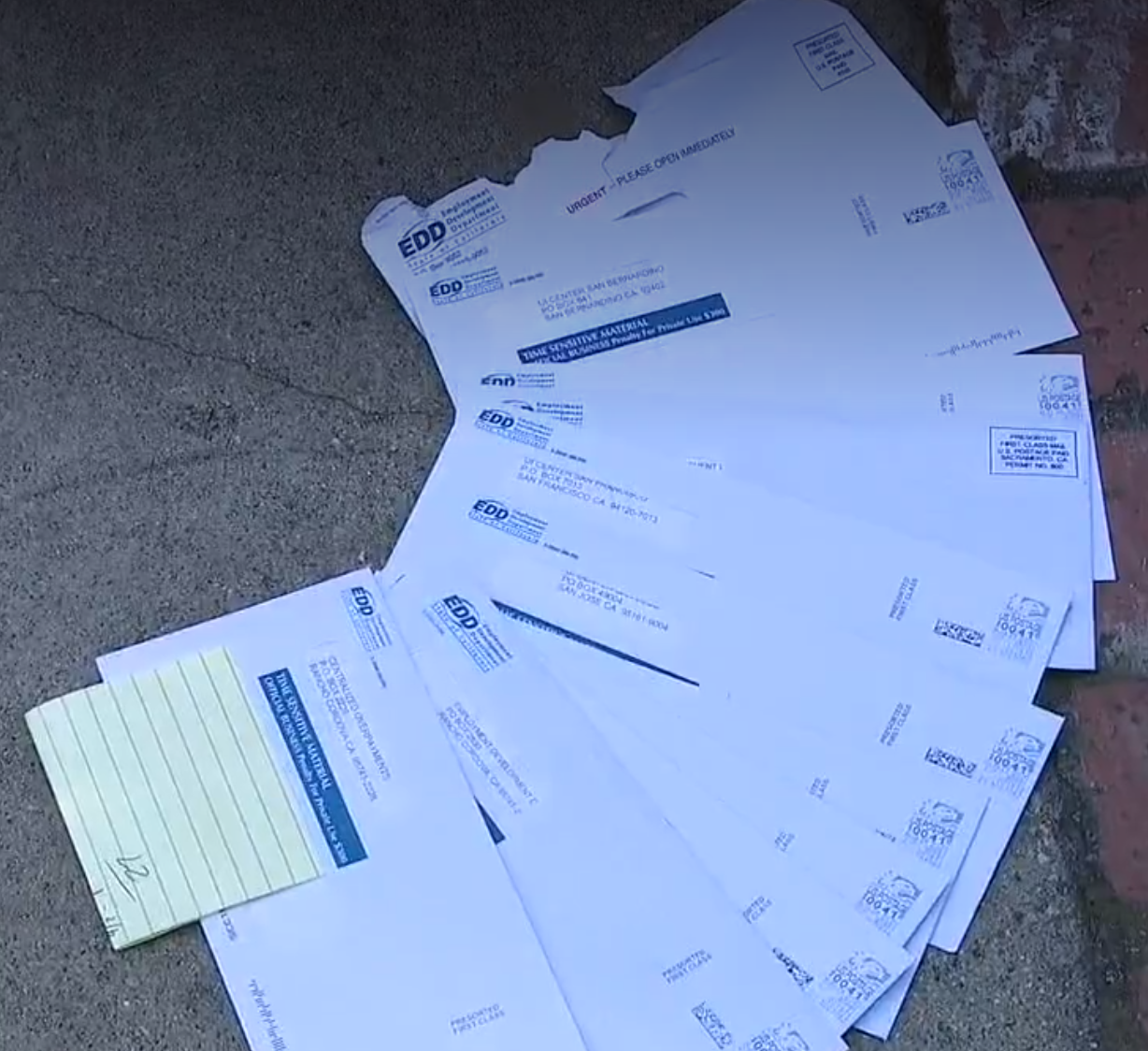 Reports are sweeping California and other parts of the country of ordinary citizens opening their mailboxes to find not just a few, but stacks of letters and debit cards from the EDD.

New California EDD Claimants should be aware of a few other actions taken that could impact some legitimate claimants:

If you have a legitimate reason to backdate your unemployment claim then you will have to jump through new hoops as well, this process used to be automatic. Given the claim pause period for September it seems that tens of thousands of new claims in this two week “pause” for new filings will in fact be forced to manually submit an inquiry, or call their EDD UI Call Center.

Also made changes to multiple claims from one address from the California EDD posting:

So now if say you are a head of household, and your partner, and maybe adult aged children all find yourselves with legitimate unemployment insurance claims through California EDD, after the first approved claim, the second, third, fourth, and so on filers will have more hoops to jump through to be approved, and collect payments.

More likely need to Verify you Identity with California EDD

It isn’t well documented on how to verify your identity with California EDD’s new ID.me system but we have some good tips here on how to do it.

Check out our California EDD Frequently Asked Questions for additional insight for your unemployment questions.