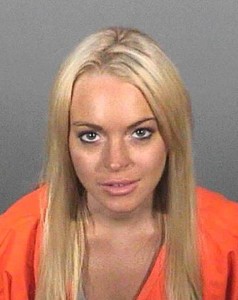 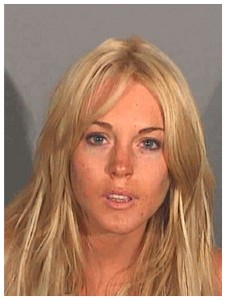 Originally I had hoped the first celebrity I would declare in Career Purgatory would actually be Lindsay Lohan, turns out Mel Gibson stole the show.  Lindsay can’t seem to keep a job, and doesn’t show up on time to her paying gigs like photo shoots.  The more I think about it though Lindsay Lohan is in Career Hell and here is why:

Typically these aren’t offenses that would keep a celebrity down.  For example Robert Downey Jr. and Charlie Sheen have had more than their fair share of drugs and hooker problems.  The difference is that even at the height of Charlie Sheen’s most recent scandal being drunk on Christmas and getting into a domestic dispute, he was still able to keep his job on Two and a Half Men, AND he got a raise!  In fact if Charlie Sheen, and Robert Downey Jr. are any evidence of how Hollywood works Lindsay Lohan will be cast as Wonder Woman before you know it.

If her role in Machete turns out to be good, and the movie is successful we might upgrade Lindsay entering Career Purgatory, one step closer to getting her career back on track.

I’ll leave you guys with a great tune that is easily about Lindsay Lohan, or at least it should be her personal anthem check out Pistol Day Parade‘s song High on MySpace.